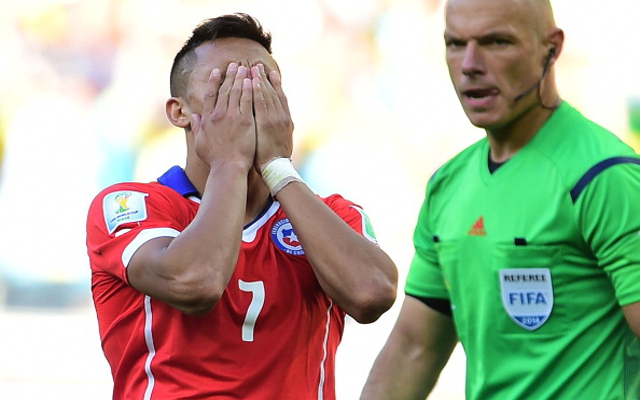 Barcelona had hoped to use attacker Alexis Sanchez as bait in their pursuit of Liverpool striker Luis Suarez but the Chilean has reportedly demanded a move to Arsenal instead according to the Metro.

Depending on which side of the fence you fall such a situation could lead Luis Suarez remaining at Anfield, with some Liverpool fans no doubt gleeful of the prospect of holding onto arguably the most in-form player on the planet whilst others may well be keen to cash-in on the disgraced Uruguayan after his latest unsavoury incident, namely biting Italian defender Giorgio Chiellini.

Arsenal have apparently already made a bid in the region of £19m for the 25 year old but Barcelona want £30m for his services, and in today’s market and the form the former Udinese man is in, that’s a fair price to pay.

Sanchez had his most productive Barcelona season to date in 2013/14, scoring 19 La Liga goals in 27 starts, before continuing that good form in Brazil.

The adaptable forward can play either out wide or in a central role and will offer some much needed goal-scoring support to overworked Frenchman Olivier Giroud.