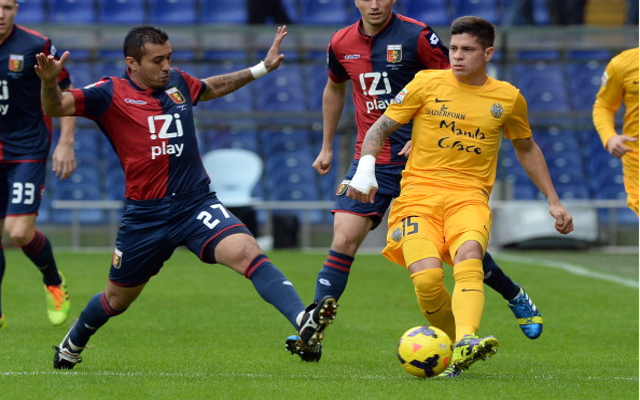 All the latest headlines from the newspapers in Italy as Juventus look set to win the race to sign Hellas Verona ace Juan Iturbe in a deal worth around €23m.

– Juventus, Juan Iturbe close. Bianconeri set to beat the likes of AC Milan to signing the star, with speculation that several clubs around Europe were also monitoring his situation.

– Belgium stay at the party thanks to Romelu Lukaku. USA go home, but after a brave display they win the hearts of many and it could be the start of something special after the entire country got behind the team.

– According to the player’s agent he could be on his way out of Verona to sign for Juve.

– Roma pressing for Urby Emanuelson. Dutchman not offered a new deal by Milan, could remain in Italy.

– Mehdi Benatia to City for €37m. Roma defender previously linked with a switch to the Premier League, and with his future yet to be resolved in the Italian capital, it could pave the way towards England.

– Juve without Andrea Barzagli for three months, look to bring in German international from Sampdoria to replace him.