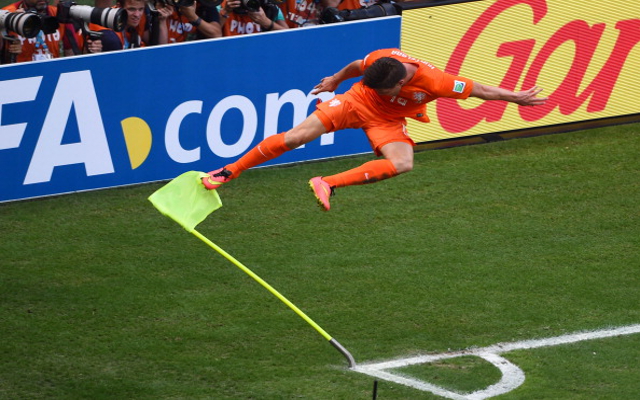 Liverpool will reportedly make something of a surprise move for Dutch international striker Klaas-Jan Huntelaar as a potential replacement for disgraced Uruguayan Luis Suarez according to the Daily Express.

The 30 year old Schalke forward has just a year to run on his deal with the Bundesliga side and as such could be picked up ‘on the cheap’ though one would wonder if the former Ajax, Real Madrid and AC Milan man would be able to effectively fill the void left by a Suarez exit.

Huntelaar has spent a fair bit of time out with injuries in the past couple of seasons but when fit and available the experienced marksman is a prolific goal-scorer.

In 2011/12 the Dutchman racked up 48 goals in 48 appearances for his Gelsenkirchen side and has scored 22 goals in 43 Bundesliga appearances of the last two campaigns and could be ready for a fresh challenge in the Premier League.

Brendan Rodgers has already brought in Southampton veteran Rickie Lambert to boost his attack and as such may feel that with Daniel Sturridge still on board that the further addition of another deadly finisher, such as Huntelaar, would help to resolve any striking concerns brought about by a probable Suarez sale.

Arguably Huntelaar wasn’t given a chance to prove himself at either the Bernabeu or the San Siro but could come up trumps on Merseyside.

Louis van Gaal brought on Huntelaar from the bench to net the winner for Holland against Mexico.