Will Adam Lallana be a success at Anfield, or an expensive flop…

On Tuesday morning, Adam Lallana completed his £25 million move from Southampton to Liverpool, in a move that makes the 26-year-old midfielder the second most expensive player in the club’s history.

The Reds have a mixed record with big-money buy’s, with a wide range of successful and disappointing purchases. Here’s a look at the ten most expensive signings in the club’s history, and a review of how they fared during their time at Anfield.

Now 24, Henderson made a slow start to his Liverpool career after his big-money move from Sunderland in 2011. However, he’s steadily grown into his role at Anfield, and is now an integral part of Brendan Rodgers’ midfield, as well as an England regular. With well over 100 games already under his belt for the club, his future is incredibly bright. 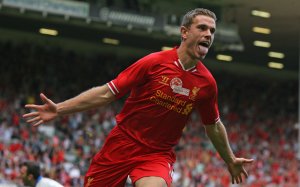