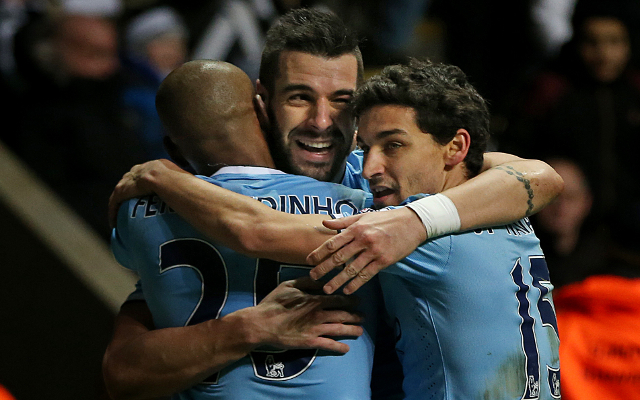 The 28 year old striker had a mixed first season at the Etihad Stadium and given that he is behind Sergio Aguero and Edin Dzeko in Manuel Pellegrini’s pecking order the former Sevilla man may be open to a move to north London this summer.

The powerful marksman scored 23 goals in all competitions last term, which is a very decent return, though the ‘Beast’ certainly went off the boil after a strong start, failing to score in his last 16 fixtures.

Pochettino wants to improve his attacking options and is ready to sell flop Roberto Soldado but will first assess the striker in pre-season. The former Southampton man is also said to be keen on keeping Harry Kane and Erik Lamela though one wonders where the capture of Negredo would leave Emmanuel Adebayor, who finished last season as Tottenham’s top scorer.

Negredo certainly has the ability to make a real impact at Tottenham though one assumes Daniel Levy will insist Pochettino sells one or more of his current striking options before bringing in another.