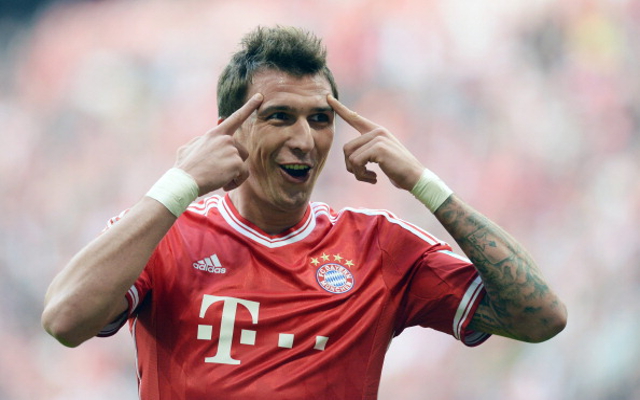 Atletico to rival Gunners for Bayern ace.Atletico Madrid could rival Arsenal for the signing of Bayern Munich striker Mario Mandzukic after seemingly giving up on a deal for Manchester City’s Alvaro Negredo, according to Marca.

The Croatian international is being widely tipped to leave the Allianz Arena this summer after falling out of favour with manager Pep Guardiola, and has been linked with a number of Premier League clubs, including Arsenal, Chelsea and Manchester United.

However, Atletico are on the lookout for a new major signing upfront in this transfer window after losing star player Diego Costa in a £32m move to Chelsea, and had reportedly been chasing City ace Negredo as a possible replacement.

But with City seemingly not willing to sell Negredo, who impressed in fits and starts in his first season at the Etihad Stadium, Atletico manager Diego Simeone may now look to Mandzukic as a good and realistic target to be his first choice upfront next season.

The 27-year-old has a good scoring record with Bayern, and has an experience of winning and scoring in the big games, having won two consecutive Bundesliga titles with the club, as well as scoring the opener in their 2-1 Champions League final win over Borussia Dortmund in 2013.