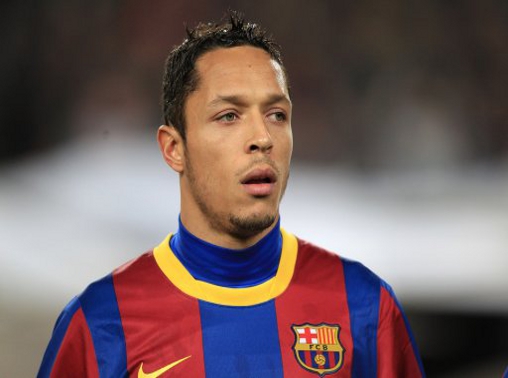 Roberto Martinez is set to raid his homeland for the signing of Barcelona full back Adriano Correia.

Everton have been quiet in the transfer market so far this summer, but according to reports from talkSPORT the Toffees may be ready to end their transfer silence by moving for experienced full back Adriano from La Liga giants Barcelona.

The 29 year-old left-sided player has become a bit-part player at the Nou Camp since the club signed Jordi Alba from Valencia following Euro 2012, despite initially being a first choice player at the Catalan club after signing from divisional rivals Sevilla.

With 17 caps to Brazil for his name, Adriano would be something of a coup for Everton, although where Roberto Martinez would plan to use him is something of a mystery, with England international Leighton Baines being the undisputed first choice left back at Goodison Park.

Adriano is capable of playing higher up the pitch, however, with the experience to offer a calm head to what is a relatively young Everton team, something which could make him an intelligent signing for Martinez.

He signed a new contract at the Nou Camp twelve months ago, keeping him at the club until 2017, but the extent to which his first team opportunities were restricted under Gerardo Martino may persuade him to leave unless he is given assurances by new manager Luis Enrique.