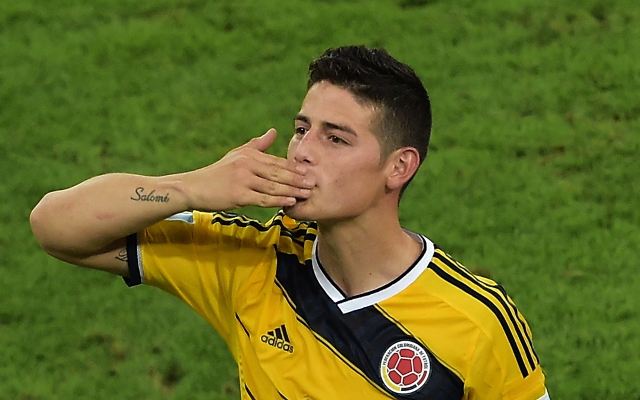 However, United have been given a huge boost in their hopes of landing Colombian midfielder James Rodriguez after reports in the Daily Star claimed the player’s agent admitted that Real Madrid aren’t the only side linked with his client.

Rodriguez has undoubtedly been the tournament’s star player so far, scoring five times to help the South American’s make it to the quarter final stage, where they will face hosts Brazil on Friday evening.

Madrid were understood to be leading the chase to sign the £45m-rated Monaco star, but agent Aytekin Erayabakan revealed that there are a number of other clubs interested.

Both Napoli and Barcelona are believed to be keen, but new United boss Louis Van Gaal is said to have handed vice-chairman Ed Woodward a list of potential targets to pursue whilst he still leads the Netherlands.

Rodriguez as well as his compatriot Juan Cuadrado are targets for Van Gaal as he attempts to freshen up United’s attacking options.