With just eight contenders left for the 2014 FIFA World Cup, CaughtOffside takes a look at the favourites and the outsiders ahead of this weekend’s quarter finals.

Seven thrilling last sixteen ties, as well as Argentina vs. Switzerland, have now been played, and just eight contenders remain to lift the 2014 FIFA World Cup in Rio de Janeiro on July 13th. Despite plenty of scares and a handful of penalty shoot-outs along the way, the eight group winners emerged unscathed from their ties to complete a mouth-watering quarter final line-up that sees four matches which could go either way. It’s a tough one to call, then, but we’ve tried to do it anyway. 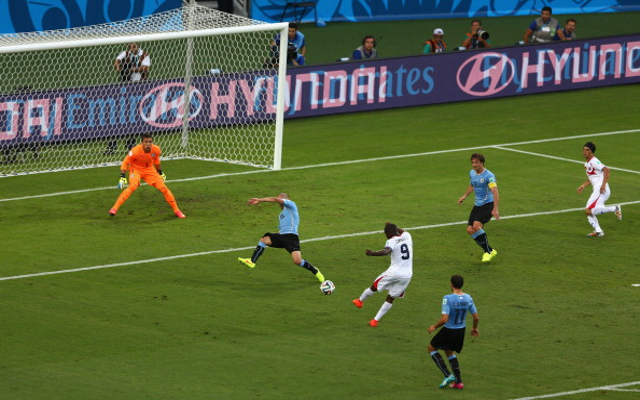 They have done incredibly well to reach this stage, but Costa Rica find themselves as the rank outsiders in the quarter finals and only one of three teams to have made this stage who have never won the competition in the past.

The Costa Ricans were less convincing against Greece in the last sixteen, albeit hampered by a red card and unfortunate to concede an injury time equaliser, but they held their nerve brilliantly in what was an absurdly high quality penalty shoot-out.

Joel Campbell, however, looked absolutely shot by the end of the match and Costa Rica will need him to be at full fitness if they are to have any chance of pulling off another shock against The Netherlands.