Liverpool are currently in talks with Barcelona over a potentially record-breaking deal, that will see Luis Suarez move to the Nou Camp. If the move goes through, the biggest talking point will be regarding how the Reds are best to spend their £80 million windfall.

Tottenham proved last summer, when they used the money from the sale of Gareth Bale, that it is not always easy to replace your star man, no matter how many new signings you make. With that in mind, here are three potential routes Liverpool could take:

1) Demand Alexis Sanchez as part of the deal

By demanding Alexis Sanchez, who is valued at around £30m, as part of the deal, Liverpool will perhaps get as close as possible to signing a like-for-like replacement. A 25-year-old South American who likes to play just behind a main striker, Sanchez would be an exciting prospect for the Anfield faithful, and would lessen the blow of losing Suarez, especially with an additional £50m in the bank as well.

There is nothing to indicate the Chilean would not fit in well with the Reds, where he would play alongside the likes of Daniel Sturridge, Raheem Sterling and Philippe Coutinho. Barcelona also appear to be keen on the move, as they look to finance their purchase of Suarez, but the major stumbling block is likely to be Sanchez’s apparent desire to join Arsenal.  If Liverpool do make it clear that they will only accept a deal that includes Sanchez, it could open the door to Suarez staying at the club – with Barcelona then needing to make more sales to raise the cash needed for the Uruguayan. 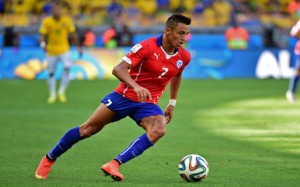