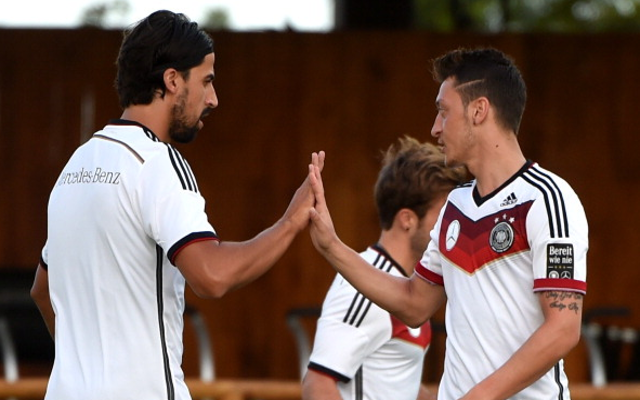 Gunners boss wants Ozil to talk to his Germany teammate.

The Gunners made the offer on Wednesday and they are hopeful that it will be accepted, with Khedira, 27, said to be unsettled at the Santiago Bernabeu.

Khedira has apparently told teammates that he wants a summer move away from the Champions League winners, after starting just 12 La Liga games last season.

Former Stuttgart star Khedira is currently at the FIFA World Cup in Brazil, where his Germany side are preparing to face France in the quarter-finals of the competition tonight.

Arsenal boss Arsene Wenger has reportedly instructed fellow German international Mesut Ozil, who joined the Gunners from Real in September 2013, to talk to Khedira and speak highly of life at the Emirates Stadium.

Khedira signed for Real in August 2010. He has won one La Liga title, two Copa del Reys and one Champions League during his four years with the Madrid giants.

Both Khedira and Ozil are expected to lineup for Germany against France at the Estadio do Maracana later today.

Ozil has started all four of Germany’s games at the 2014 World Cup so far, while Khedira has made three appearances, one of which came as a sub.