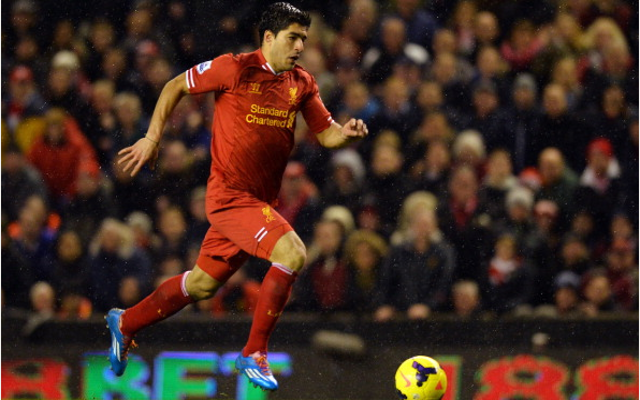 Clubs hold positive talks over Uruguayan striker.Liverpool striker Luis Suarez could complete his £80m move to Barcelona within the next 48 hours, according to reports in the Daily Mail.

The Uruguay international is set to become one of the most expensive players of all time, with Barcelona opting to pay a deal entirely in cash instead of including Chilean winger Alexis Sanchez as part of the deal.

Talks between the two clubs have progressed well after officials met in London on Wednesday to discuss the details of the transfer, with Liverpool seemingly admitting defeat in their efforts to keep the 27-year-old at Anfield.

Suarez was the club’s top scorer in 2013/14, as well as leading the scoring charts in the Premier League, with 31 goals in 33 games, and despite being regarded as one of the best players in the world, his behavioural issues have persuaded the Reds to let him go for the right price.

The former Ajax man is set to miss the next four months of football after Fifa took strong on action on his recent bite on Italy defender Giorgio Chiellini in a World Cup match.

Still, that has not put Barca off making a big-money offer to make him one of the most high-profile signings of the summer, which could be announced imminently.