Real making progress in huge double deal.Real Madrid are making significant progress in their efforts to sign both Radamel Falcao and James Rodriguez from AS Monaco in a move worth a whopping £120m, CaughtOffside understands.

The Spanish giants are hoping to steal the limelight from their arch La Liga rivals Barcelona, who are also thought to be closing in on a big-money deal to sign Luis Suarez from Liverpool for a fee of what could be up to £80m, matching the fee that Real paid Manchester United for Cristiano Ronaldo in 2009.

However, a double deal for world class Colombian pair Falcao and Rodriguez would surely be one of the biggest stories of the summer if Real can pull it off, with Rodriguez still to formerly agree terms on a move to the Bernabeu due to his international duties at this summer’s World Cup in Brazil.

It is Rodriguez’s sensational displays for his country that have attracted so much interest in his signature, and reports today stated that Monaco would be ready to sell him for a fee of around £60m, which Madrid have duly decided to pay up.

The Champions League winners will likely help raise funds for this mammoth piece of business by selling the likes of Angel Di Maria, Sami Khedira and possibly others such as Karim Benzema and Iker Casillas, as they look to make Falcao and Rodriguez part of their ongoing ‘Galactico’ revolution.

Falcao has already expressed a desire to move to the Bernabeu after becoming unhappy at Monaco, and has agreed personal terms with the club ahead of a £60m move, with Real moving to activate a buy-out clause in his contract with the Ligue 1 giants. 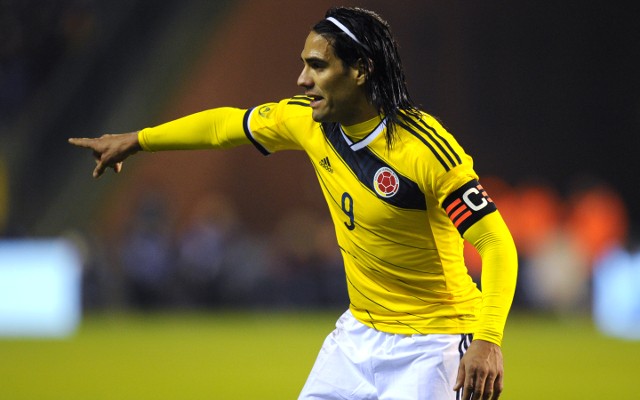 The former Atletico Madrid man has not been present at this summer’s World Cup due to injury, but could still link up with his international colleague Rodriguez next season as the 22-year-old should help finalise his move to the Spanish capital once his side’s run in the tournament finishes.

Colombia take on host nation and favourites Brazil tonight in the quarter-finals of the competition, and Rodriguez will be hoping to continue his magnificent run, which currently sees him sit top of the scoring charts. Madrid, however, will be hoping he can become their player as soon as possible, and would ideally like to unveil the two South American stars together.