Samir Nasri sent out a message to all of his ‘haters’ earlier today via social media.

It is fair to say that Nasri is not everyone’s cup of tea.

He is certainly unpopular among Arsenal fans, many of whom claim that his 2011 departure from the Emirates Stadium was motivated by excessive greed.

Does he care though? Apparently not! 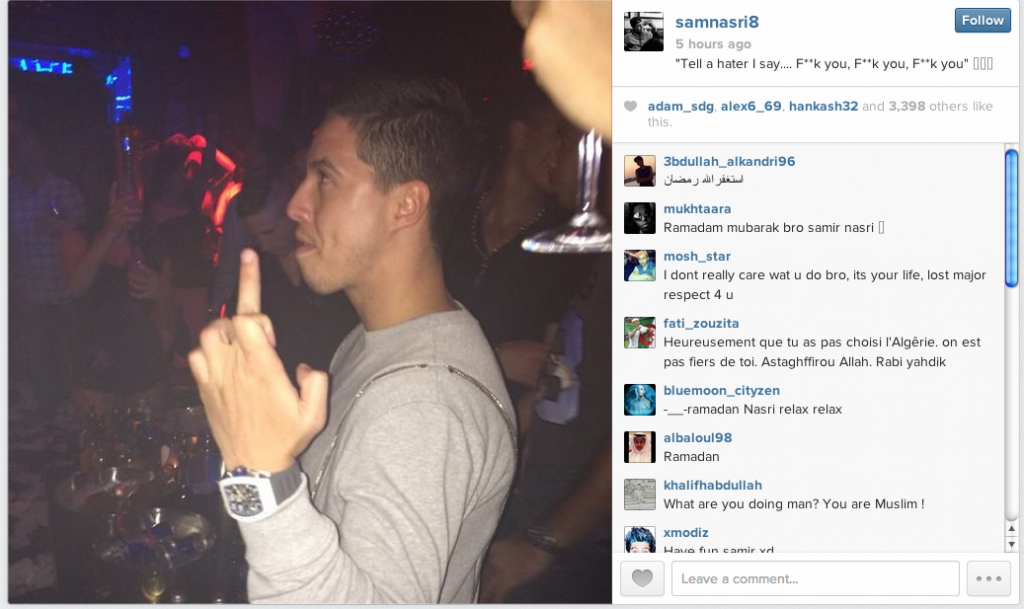