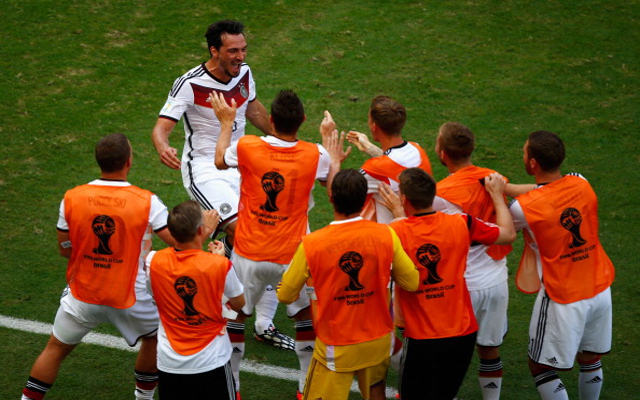 Watch Germany edge France in the Maracana thanks to an early header by centre back Mats Hummels.

Germany have become the first team to book their place in the semi-finals of the 2014 FIFA World Cup after a narrow 1-0 win over France at the Maracana in Rio de Janeiro.

Mats Hummels’ early header, guiding a free-kick past Hugo Lloris, was enough for Joachim Low’s side as they were rarely troubled by a France outfit that underwhelmed and seemed to lack urgency and incisiveness.

Karim Benzema was restricted to half chances in the second half as Germany came closest to scoring again – Lloris saving neatly from substitute Andre Schurrle after a lightning quick break by his side.

Thomas Muller provided a constant threat, with France only matching it in injury time when Manuel Neuer saved one-handed from Benzema, a moment that was enough to see Germany through to face either hosts Brazil or Colombia.

France vs Germany 0-1 All Goals & Full… by Sportvideos