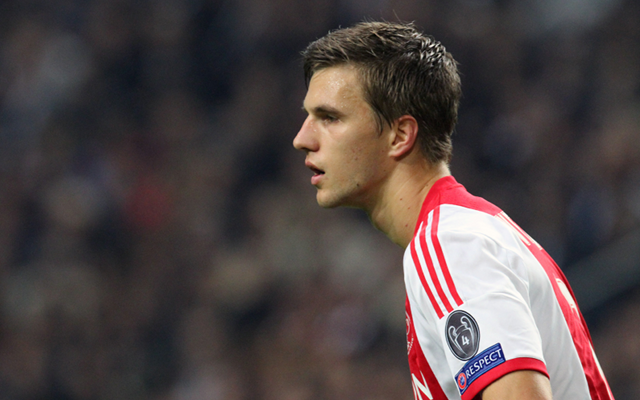 Arsenal and Tottenham Hotspur could be set to battle it out for the signing of Ajax and Netherlands centre-back Joel Veltman, according to the Daily Mirror.

The 22-year-old is currently away with his national side at this summer’s World Cup, and is a highly regarded talent in Holland despite only making one substitute appearance so far in Brazil.

A number of Premier League clubs have been keeping tabs on his situation in recent times, with Chelsea, Manchester United and Manchester City also previously linked with a move for him earlier this year.

However, with Arsenal and Tottenham both chasing signings at the back this summer, they are now the leading contenders to snap up the young Dutchman ahead of next season.

The Gunners face the very real prospect of Thomas Vermaelen leaving the Emirates Stadium for a move to Manchester United, which would leave them short of cover at the back, with Per Mertesacker and Laurent Koscielny currently the undisputed first-choice pairing for Arsene Wenger.

Spurs, meanwhile, could also make changes at the back with doubts over the futures of Michael Dawson and Younes Kaboul, with Cardiff City’s Steven Caulker also thought to be on their radar.