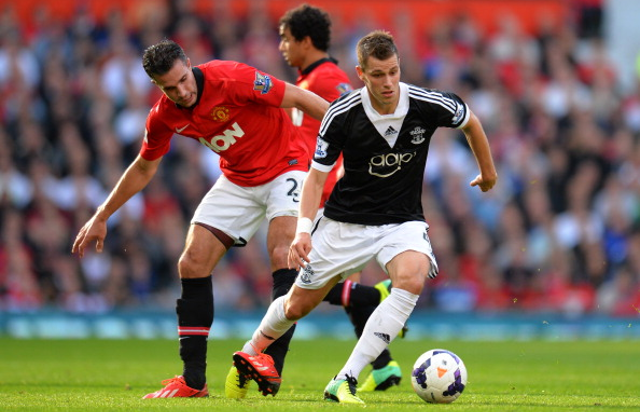 Arsenal have been handed a major boost in their pursuit of Southampton midfielder Morgan Schneiderlin, with the Daily Star claiming he has told his team-mates that he will be leaving this summer.

The 24-year-old is heading home from the World Cup after France’s 1-0 defeat to Germany in the quarter-finals of the tournament in Brazil, and is now expecting to be the latest big-name player to depart the St Mary’s Stadium this summer.

The likes of Rickie Lambert, Adam Lallana and Luke Shaw have already left the club in this transfer window, with the first two joining Liverpool and the latter sealing a switch to Manchester United.

Southampton still have fears over another Liverpool target in Dejan Lovren, who is rumoured to be preparing to go on strike from the club’s pre-season fixtures in an attempt to force an exit.

Although no such drastic action seems likely from Schneiderlin, he has seemingly told his colleagues that he won’t be at the south coast club next season, with Arsenal and Tottenham the leading candidates to fight it out for his signature.

Both clubs could be in the market for a top-class defensive midfielder signing this summer, with Arsenal previously linked with Arturo Vidal and Spurs reportedly looking at Esteban Cambiasso.