Barcelona appear to conduct something of a summer squad shake-up with incoming boss Luis Enrique setting his sights on three top talents according to Spanish source Sport.

Top of Enrique’s shopping list is Liverpool striker Luis Suarez with this source claiming the Nou Camp side are willing to fork out €70m (£55m) for the disgraced Uruguayan international, though it’s likely the Anfield side will look to garner more than that sum for their prized asset regardless of the four month ban he has been handed by FIFA after biting Italian defender Giorgio Chiellini.

Enrique may look to balance out some of that outlay by offering Chilean Alexis Sanchez in part-exchange for the Liverpool star.

Barcelona are ready to fork out €40m (£32m) for PSG defender Marquinhos, with the Brazilian youngster perhaps seen as a long term replacement for exiting veteran Carles Puyol. 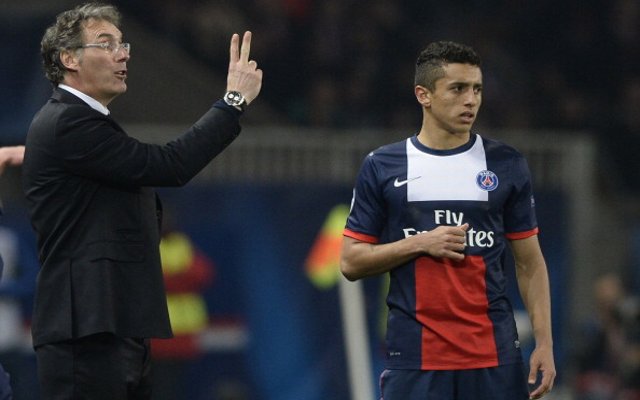 The centre-back had a decent first season at the Parc des Princes but the arrival of David Luiz from Chelsea would appear to be a sign that PSG boss Laurent Blanc may be ready to sell the former AS Roma man.

Enrique is also keen on Colombian winger Juan Cuadrado who has impressed during the World Cup after an impressive season in Serie A last term.

The 26 year old has a would set the La Liga side back a fee in the region of €40m (£32m) and would presumably have an impact on Barcelona’s current wide-attacking complement.

Enrique has already cashed in on Cesc Fabregas and said goodbye to aforementioned defender Puyol and keeper Victor Valdes and further exits may be necessary to help balance the cost of big name signings.