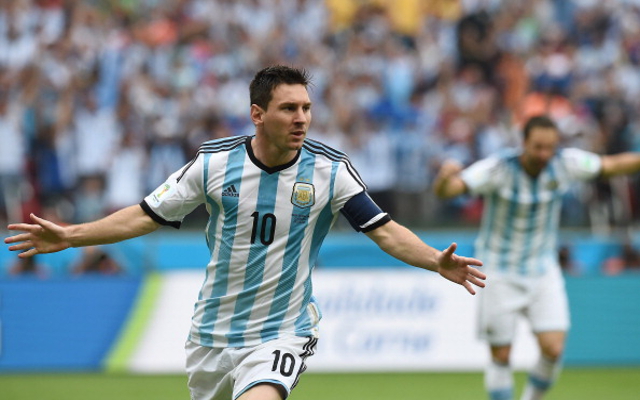 Read a preview and watch a live stream of Belgium vs Argentina in the quarter-finals of the 2014 FIFA World Cup from Estadio Nacional de Brasilia, Brasilia.

Belgium take on Argentina in today’s quarter-final game at the 2014 FIFA World Cup.

Both team’s have been steady if not spectacular in the competition so far, and both needed extra time to progress from their Round of 16 matches: Belgium beating a Tim Howard inspired USA 2-1, and Argentina beating Switzerland 1-0.

Belgium last played in a World Cup quarter-final in 1986, when they defeated Spain on penalties. The semi-final saw them meet Argentina, when they lost 2-0 to a pair of Diego Maradona goals.

Manager Mark Wilmots will have a near full strength squad to pick from, with Steven Defour having completed his one game suspension for the red card he received against South Korea, while defender Thomas Vermaelen has sufficiently recovered from a hamstring problem.

Argentina are not so fortunate. They will be without left-back Marcos Rojo, who serves a one-game ban for two yellow cards. Monterrey defender Jose Basanta is likely to deputise.

Sergio Aguero has returned to light training following a thigh problem but is unlikely to start, while Rodrigo Palacio could replace Ezequiel Lavezzi.

The Argentine’s have not made a World Cup semi-final since winning the competition in 1986, when they defeated Belgium on the way to the title.  They have lost three quarter-final matches since then, twice to Germany in 2006 and 2010, and once to the Netherlands in 1998.

All eyes will once again be on Lionel Messi, who is visibly shouldering the pressure of a nation’s World Cup hopes, with reports claiming that national coach Alejandro Sabella has instructed his players to give the ball to the Barcelona man as much as possible.

Both sides have developed a habit of scoring late goals so far in this tournament. Belgium are yet to score a goal before the 70th minute of a game – having trailed Algeria 1-0, and been tied at 0-0 in all three of their other games with 20 minutes remaining. The fact that they have won all four of their games, three of them within 90 minutes, mean Argentina need to be wary. However, they too have left it late, having grabbed a dramatic 118th minute winner against Switzerland in their last game.

The winner of this match will player either the Netherlands or Costa Rica in the World Cup semi-final.