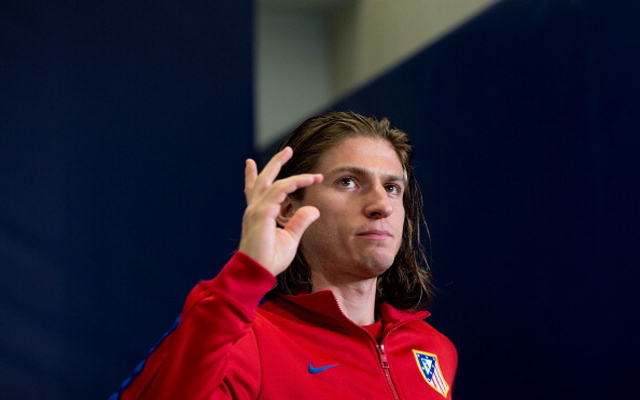 Stamford Bridge side told to fork out bigger fee for Atletico Madrid left-back.

Chelsea have launched a €15m (£11m) bid for Atletico Madrid left-back Filipe Luis according to the Marca.

The Brazilian international has long been linked with a move to Stamford Bridge with Jose Mourinho looking to replace veteran Ashley Cole but by all accounts La Liga side Atletico will demand that the west London side meets the 28 year old’s release clause.

Luis’s clause would set the Blues back €24m (£19m) and that is still no doubt a fee Chelsea can afford to stump up as Jose Mourinho looks to bring in his third signing of the summer having already confirmed the arrivals of Diego Costa and Cesc Fabregas.

Despite a superb season Luis narrowly missed out on a berth in Felipe Scolari’s 2014 World Cup finals squad and the wide-man may feel that a high-profile move to Chelsea could assist in his push for a more prominent role in the national team set-up having won just four caps to date.

Luis made 49 appearances last term as Diego Simeone’s side clinched a surprise La Liga triumph as well as a commendable run to the Champions League final.

Jose Mourinho may well elect to move Cesar Azpilicueta to his usual spot at right-back after an impressive spell as a makeshift left-back, leaving the way open for Luis to fill the spot.