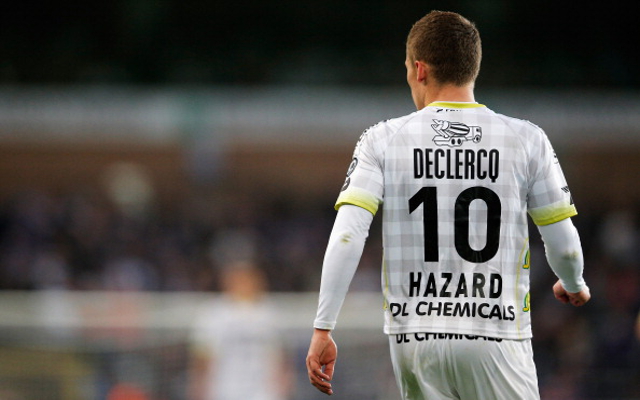 Chelsea have loaned out young Belgian Thorgan Hazard to Bundesliga side Borussia Monchengladbach.

The 21 year old, Eden’s younger brother, moved to Stamford Bridge in July 2012 but is yet to play a competitive match for the Premier League side and has spent the last two seasons out on loan at Zulte-Waregem in his native Belgium.

Thorgan has proved a massive success during the course of the past two campaigns and finished last term as one of the least assist makers in the division as well as bagging 17 goals in all competitions.

That form led to a full national team call-up and the attacking midfielder narrowly missed out on a spot in Marc Wilmots 2014 World Cup finals squad.

Hazard would no doubt have struggled to secure a regular first team berth at Chelsea had he returned to the west London club though one wonders what his long term prospects are at the club and whether it’s in his best interests to perpetually be loaned out by the Premier League side.