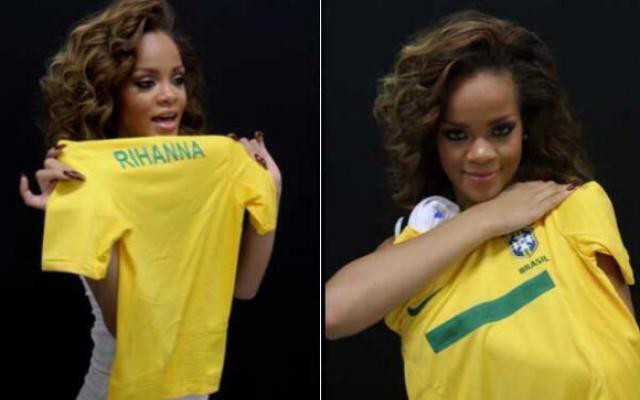 Pop star tweets a picture of herself topless and covered in Brazil flags to celebrate the Selecao’s narrow quarter final victory.

Brazil edged through to the semi-finals of the World Cup yesterday, with pop star Rihanna being one of the people to send their congratulations to Luiz Felipe Scolari’s team. She had her own unique way of doing it, however – topless and covered in the nation’s flag. A keen follower of the World Cup on Twitter, it isn’t the first time that Rihanna has shown her body to celebrate a team this tournament.