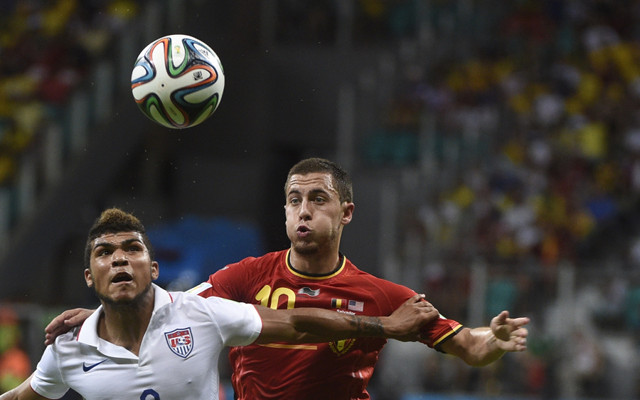 Liverpool are said to be keen on making a move for young Seattle Sounders full-back DeAndre Yedlin after starring for the United States at the World Cup, according to the Metro.

The 20-year-old is being regarded as one of the most exciting players to come out of the United States and only served to enhance his career at the World Cup by putting in show stealing performances against the likes of Portugal and Belgium.

Liverpool scouts are believed to have already made notes on the player after watching him at last year’s under-20 World Cup and will now look to try and strike a deal for him in the coming weeks.

According to reports in America, Liverpool want the player to join them on trial over the summer with a view to a permanent deal later in the transfer window.

Reds boss Brendan Rodgers is said to be keen on making more defensive additions to his squad over the summer and will be hugely impressed with Yedlin, who can play at right-back, left-back, or as a winger, and he would add some much needed versatility to the squad.