Liverpool transfer gossip: Luis Suarez could complete his move to Barcelona this weekend, Alexis Sanchez not expected to be part of the deal, Reds will move for Shaqiri and more.

Suarez closes in on exit as Liverpool wait on Sanchez 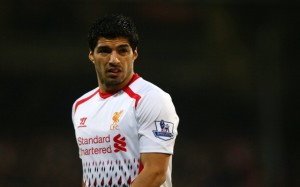 Luis Suarez is closing in on a move to Barcelona, with reports claiming that Liverpool have reached an agreement with the Spanish giants over the sale of their star striker.

The move could be completed as soon as the end of this weekend, with the Reds waiting on a decision from Alexis Sanchez before deciding whether to include him as part of the deal.

There are contradictory reports regarding the nature of the deal, but the Mail believe that Barcelona will meet the Uruguayan’s release clause, believed to be between £70m and £80m, and that any deal for Chilean star Sanchez will be made separately.

Liverpool are highly interested in Sanchez, but the player has been widely linked with Arsenal, who are confident of convincing the 25-year-old to move to North London.