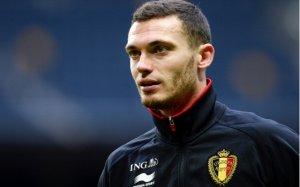 Manchester United will complete their move for Thomas Vermaelen once the Arsenal defender returns from the World Cup.

The Mirror are reporting that United will seal a £10m deal once Belgium’s tournament campaign comes to an end, helping fill the void left by the departures of Rio Ferdinand and Nemanja Vidic.

Belgium take on Argentina later today in the quarter-final stage of the competition. The winner will play either Louis van Gaal’s Netherlands, or Costa Rica.

The 28-year-old is out of contract at the end of next season, but the Gunners are refusing to settle for a cut-price deal.