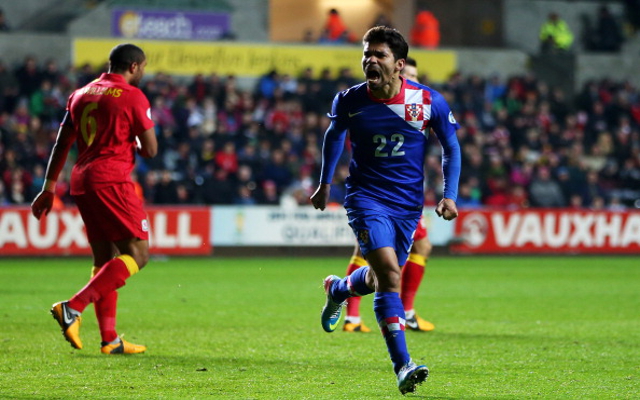 Queens Park Rangers manager Harry Redknapp is considering a move for former Arsenal forward Eduardo, according to The Mirror.

The Brazil-born 31-year-old, who represented Croatia at the 2014 FIFA World Cup, has also attracted interest from Stoke City and West Ham United.

Eduardo is available on a free transfer following the expiration of his contract at Ukrainian champions Shakhtar Donetsk, where he has played for the past four years.

He joined Shakhtar in July 2010 after ending his three-year stay at Arsenal.

Eduardo, who has a reputation for being a deadly finisher, arrived at Arsenal from Dynamo Zagreb for a fee in the region of £7.5m in 2007.

He scored 22 goals in 67 first-team games for the Gunners, but his time with the Londoners was marred by a horrific leg break, which he suffered as the result of a tackle from Birmingham City defender Martin Taylor in 2008.

After spending a year in recovery, he returned to fitness, but could not find top form at Arsenal.

Since signing for Shakhtar for around £6m, Eduardo has scored 36 goals in 114 matches.

QPR are looking to improve their attacking options ahead of their return to the Premier League.

Despite earning promotion from the Championship last season, the Hoops scored just 60 goals in 46 league matches.