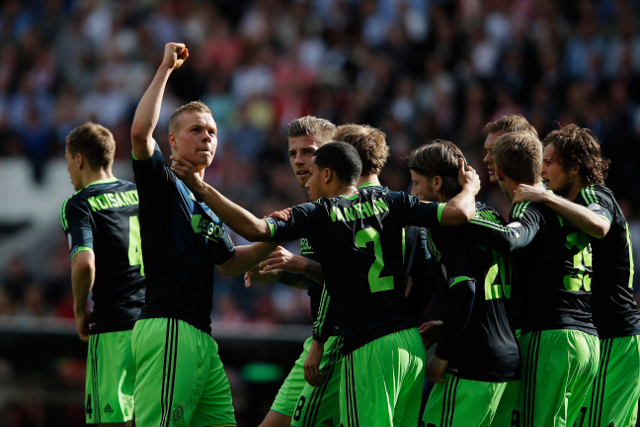 QPR are in talks to sign Ajax forward Kolbeinn Sigthorsson, as Harry Redknapp kicks off the club’s summer spending.

Queens Park Rangers have made audacious transfer swoops something of a trademark since Tony Fernandes took over the West London club, with some having paid off for the R’s but others having proven to be expensive mistakes.

According to West London Sport, manager Harry Redknapp is closing in on another impressive deal, this time for Ajax striker Kolbeinn Sigthorsson.

The 24 year-old has a fine goalscoring record in the Eredivisie, having earned his move to the Amsterdam giants by virtue of a fine season with AZ Alkmaar, continuing his record of almost one goal every other game at the Amsterdam Arena.

The signing seems to recall that of Loic Remy, who arrived at Loftus Road in an ambitious January deal from Marseille, only to leave on loan once the R’s had been relegated to the Championship despite the Frenchman’s goalscoring form.

Sigthorsson also has a fine goalscoring record at international level, having scored 15 goals in 23 games for an Iceland team who were only denied a place at the 2014 FIFA World Cup by Croatia in a two-legged play-off.

Redknapp will be hoping to make Rangers less reliant on the goals of Charlie Austin, who carried the team at times last season despite the presence at the club of Bobby Zamora and Kevin Doyle, who has now returned to Wolverhampton Wanderers after his loan spell.