Neymar ruled out of the 2014 FIFA World Cup 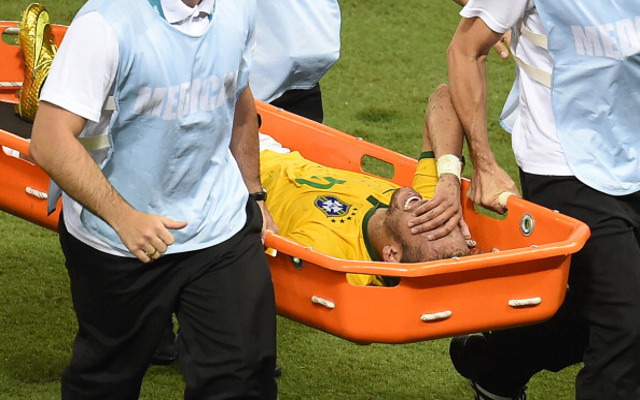 Colombia defender Juan Zuniga has apologised after his tackle on Neymar ruled the Brazilian out of the rest of the World Cup with a serious back injury. However, he also claimed that he meant no harm from the challenge late on in the two teams’ Friday quarter final:

“I deeply regret the sad injury that Neymar suffered during the match between Brazil and Colombia.”

“Although I feel that these situations are a normal part of the game, there was no intent to injure, malice nor negligence on my part.”

“I want to reach out to Neymar, who I admire, respect and consider one of the best players in the world.”

One man who didn’t entirely believe Zuniga was Brazilian legend Ronaldo, however:

“We could see on TV there was intention by the Colombia player to actually cause some harm.”

“I thought it was a highly violent and unlawful move by the Colombia player. We are fearful and sad for the loss of our player.”

The Brazilian team are determined not to let the fate of Neymar distract them from the ultimate goal of lifting the trophy in the Maracana, with captain Thiago Silva determined to do it for their young teammate:

“We have proposed to win the World Cup for Neymar because of the injury he suffered.”

“He hopes and expects a lot from this group, and this could unite us, it could give us more determination to win.”