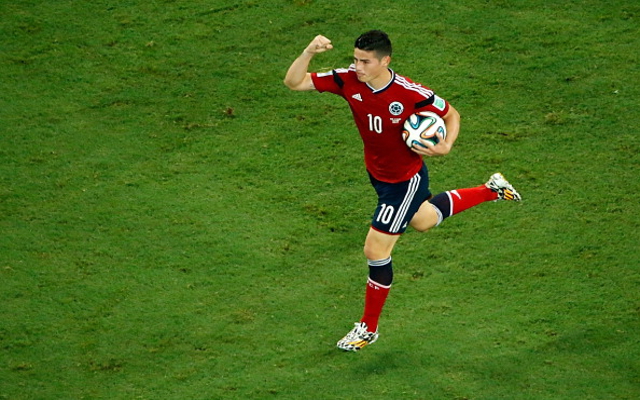 Real Madrid are edging closer to sealing a deal to sign Colombian star James Rodriguez according to the Marca.

AS Monaco will demand €75m for the 22 year old and it’s an offer the La Liga side are ready to negotiate on.

Rodriguez has been one of the stars of the 2014 World Cup and clearly Bernabeu president Florentino Perez is keen to land the former FC Porto man but will have to pay handsomely to do so.

Cash-rich Ligue 1 side AS Monaco would appear to have little financial need to cash-in on the youngster though UEFA’s FFP (Financial Fair Play) guidelines may force the principality outfit to balance the books after significant spending in the past two transfer windows.

Rodgriguez impressed in his first season at the Stade Louis II, finishing the campaign as the leading assist maker in the French top tier.

The talented flair player is the top scorer at the World Cup finals having netted six goals before his nation’s exit at the hands of hosts Brazil last night.

Carlo Ancelotti may well have to make room for such an addition as it’s not instantly obvious as to how the Italian could fit Rodriguez into his current first team starting eleven without selling a key player, with perhaps Angel di Maria being the most likely to be left out off his team-sheet.