Samir Nasri’s girlfriend Anara has taken to Twitter to mock Didier Deschamps, after France lost 1-0 to Germany in the World Cup quarter-finals.

Her boyfriend wasn’t selected as as part of the France squad – despite his undeniable ability – because of his apparent poor attitude.

Despite impressing in the group stages, France were knocked out last night in the quarter-finals against Germany, and Nasri’s (bitter) other half has decided to mock the side via her Twitter page. 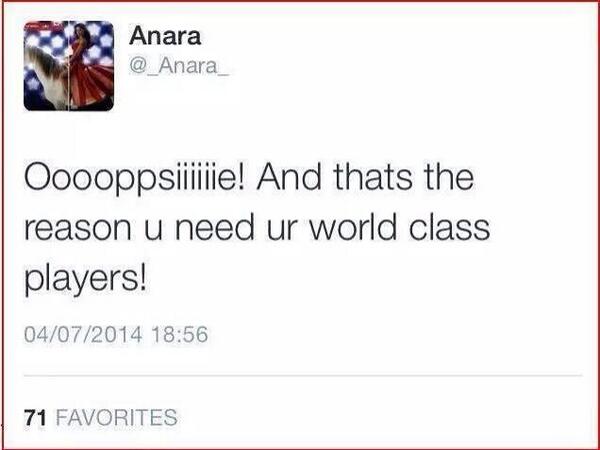