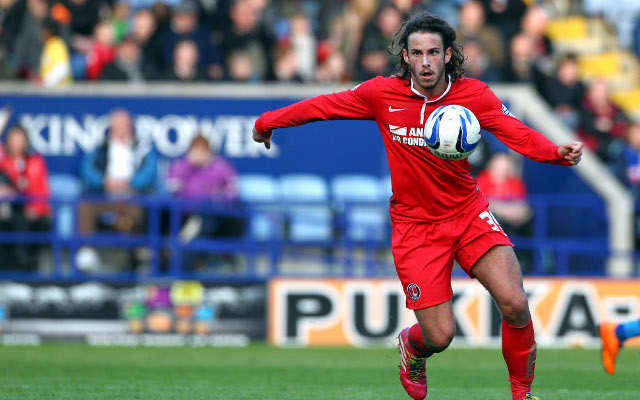 Diego Poyet has attracted interest from Manchester City and Chelsea…

Diego Poyet is set to reject interest from Manchester City, Chelsea and Sunderland to sign for West Ham United, according to reports in the Daily Mail.

Poyet is currently undergoing a medical ahead of his move to East London, and will reportedly sign a four-year deal.

The 19-year-old, who is the son of Sunderland manager Gus Poyet, has been with Charlton Athletic since 2006, and made his first-team debut as a substitute in the Addicks FA Cup match with Oxford United earlier this year.

He went on to make 20 league appearances during the second-half of the season, and was rewarded with the Championship club’s ‘Player of the Year’ award.

The England youth player turned down a new contract at The Valley this summer, in favour of exploring his options elsewhere, attracting a host of Premier League clubs – including his father, Gus Poyet’s Sunderland side. There is already one father-son partnership in the Premier League, with Alex and Steve Bruce at Hull City.

Born in Spain to Uruguayan parents, Poyet has committed his international future to England for now, but has admitted he wouldn’t turn down the chance to represent Uruguay.