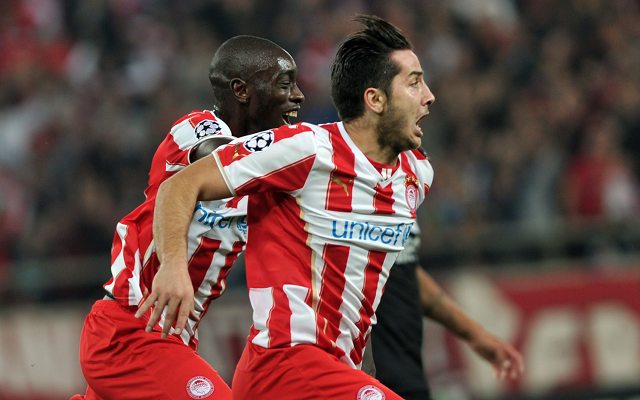 Kostas Manolas could be the next man sounded out by Arsene Wenger as a potential replacement for Thomas Vermaelen.

Arsenal are on the trail of young Greek defender Kostas Manolas, according to the Metro, as the Gunners look to find a replacement for defender Thomas Vermaelen, whose potential transfer to Manchester United could be accelerated now that Belgium have exited the World Cup.

The 23 year-old arrived in Brazil with Greece on the back of a fine season at club level with Olympiakos, continuing his form into international football as one of the stand-out performers as Greece surprised many by making it out of their group.

A physically imposing but also stylish centre back, Manolas has spent the majority of his career at the Athens club since he joined from Thrasyvoulous as a teenager.

The reported potential fee for Manolas is £8 million, which is less than the potential fee that Arsenal would hope to receive for Vermaelen, whilst the Greek is also younger with plenty of room to improve.

The only potential stumbling block is the presence of Juventus, who the Metro report as also showing some interest in bringing Manolas to Turin.

Wenger would also have to use his persuasive powers on Manolas to lure him to North London, with established pairing Per Mertesacker and Laurent Koscielny unlikely to be broken up by any new arrivals, at least in the short term.