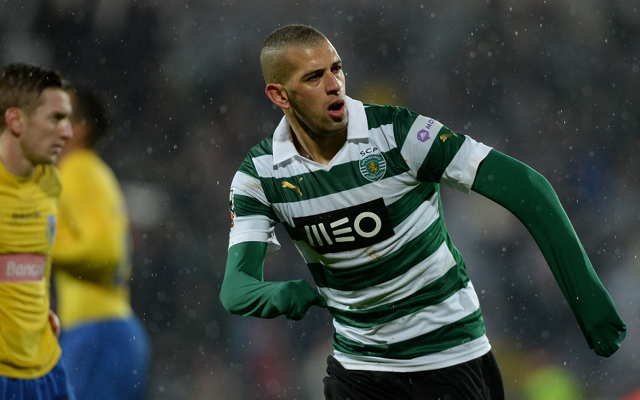 The Eagles could be willing to spend as much as £10m on Sporting Lisbon striker Islam Slimani.

Crystal Palace could be set for one of the most impressive transfer captures of the summer window, according to Portuguese newspaper Abola, with Sporting Lisbon and Algeria striker Islam Slimani possibly set for a move to South London.

Slimani was one of the heroes of Algeria’s 2014 FIFA World Cup campaign, scoring crucial goals against South Korea and Russia as the Desert Foxes made it out of the group for the first time in history before crashing out against Germany after extra time in the last sixteen.

Slimani has spent just one season in the Portuguese capital, scoring a respectable 8 goals in his debut campaign for Sporting, but a club who are still not financially well-off could be persuaded to let him go if a suitable bid comes in.

Palace enjoyed a fine season, eventually, under Tony Pulis, as the Welshman came in to replace Ian Holloway and saved the Eagles from what had looked like certain relegation back to the Championship.

If there was one thing that held Palace back it was the lack of a consistent source of goals, with Marouane Chamakh, Dwight Gayle and Cameron Jerome all doing their bit for the cause but none emerging as consisteng goalscorers for Pulis.

Slimani may just be that man, but investing as much as £10 million in just one player would be a huge leap of faith from the Palace manager and his board.