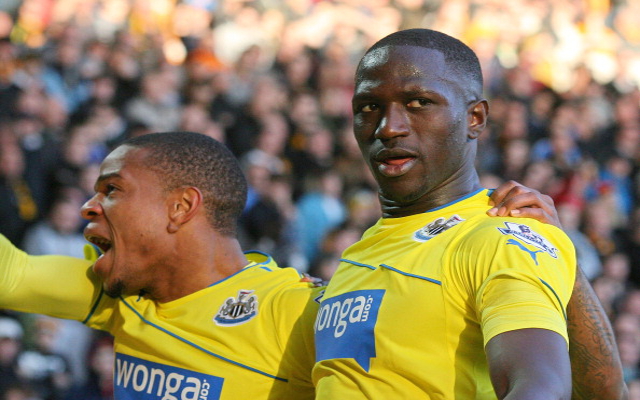 Liverpool and AS Monaco are both interested in bringing Newcastle’s French international Moussa Sissoko to their clubs.

The runners up of the English Premier League and French Ligue 1 are ready to do battle over French midfielder Moussa Sissoko, according to the Daily Star, with both clubs interested in signing the Newcastle United star.

Sissoko impressed on the biggest stage for Didier Deschamps’ side at the 2014 FIFA World Cup, perhaps convincing Brendan Rodgers and new Monaco manager Leonardo Jardim to make their moves for the 24 year-old who joined the Magpies from Toulouse in 2013 for a bargain deal worth around £1.8 million.

He has established himself as a key part of the Newcastle midfield since then, despite being shifted around from an out-and-out attacking role to more box-to-box duty by Magpies boss Alan Pardew.

Having picked up 21 caps for Les Bleus, Sissoko can now legitimately be called a genuine international midfielder and the next logical step up in his career may be a move to a club that can offer Champions League football – with both Liverpool and Monaco returning to the competition for next season.

Liverpool are likely to look at strengthening their midfield options due to their participation in European competition next season, with Steven Gerrard, Joe Allen, Lucas Leiva, Jordan Henderson, Adam Lallana and Phillippe Coutinho requiring more quality back-up and competition if Rodgers is to stick with the high-energy style that defined the Anfield club in the 2013/14 campaign.