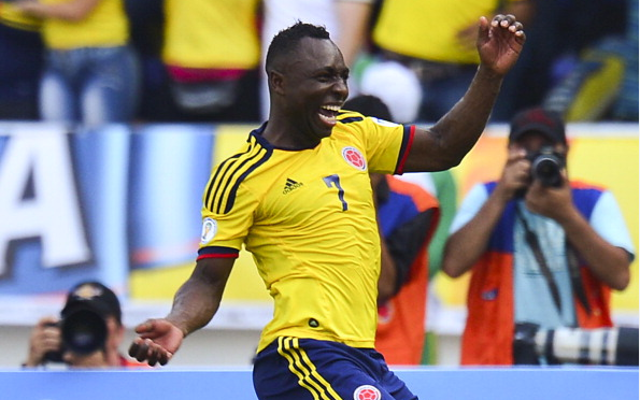 Watch members of the Colombian squad show off their moves after returning home to Bogota.

Colombia’s players paraded through the streets on their return home to the country today in scenes that looked more like Jose Pekerman’s team had won the World Cup, not just pushed Brazil all the way in the quarter finals.

One man who really seemed to be enjoying himself was Eder Balanta, the reserve centre back who plays for River Plate in Argentina, who showed off more of the dance moves that had defined Colombia’s goal celebrations at the tournament.

He wasn’t alone, however, as former West Ham left back and undisputed star of the tournament James Rodriguez, joined by some lovely Colombian ladies, also had a little bit of a dance on stage as the country celebrated a fine World Cup.