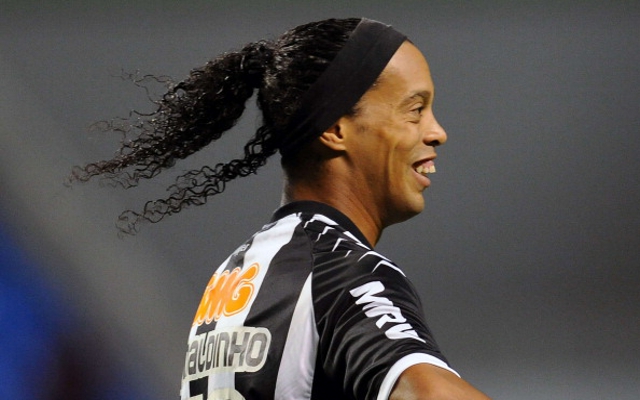 Do the Potters really want the buck-toothed legend…?

If this transfer rumour turned out to be true, it would be far and away our favourite signing of the summer!

Stoke based paper the Sentinel has claimed that the Potters are chasing World Cup winning Brazilian icon Ronaldinho, and the story has been covered in the Metro as well.

The 34-year-old is regarded as one of the greatest players of his generation, winning the Ballon D’or during his time at Barcelona, and countless major trophies to boot.

He currently plies his trade back in his native Brazil, and despite his age, is a crucial part of the Atletico Mineiro side that won last season’s Copa Libertadores.

Mark Hughes though apparently wants to tempt him with the chance to test his mettle in the Premier League, ten years after he turned down Manchester United to sign for Barcelona instead.

Ronaldinho’s skill and ability on the ball is phenomenal – but he certainly doesn’t have the work-ethic or defensive mindset associated with Stoke teams of recent years!

One thing is for certain though: If Ronaldinho does sign to play at the Britannia, we’ll finally be able to answer the age old question, “Can he do it on a cold Tuesday evening at Stoke?”