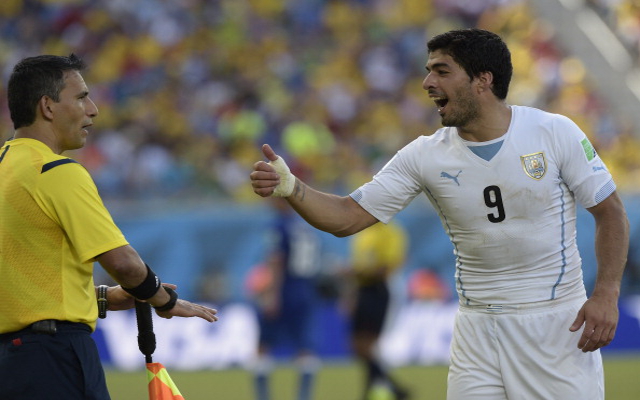 Luis Suarez’s long awaited move to Barcelona appears to be drawing towards an inevitable conclusion though the La Liga side will have to meet the full cost of the Liverpool striker’s release clause according to El Mundo Deportivo.

Though some reports had suggested that Nou Camp boss Luis Enrique could pick up 27 year old Uruguayan at a reduction due to the four month ban the Uruguayan has been handed for biting Italian defender Giorgio Chiellini it appears that Liverpool have no intention on budging on the striker’s asking price.

Barcelona are ready to fork out the €94.6m (£75m) it would take to trigger the clause written into Suarez’s contract, a clause that is set higher for Premier League sides, as Enrique looks to continue re-shuffling his squad.

New Barcelona boss Luis Enrique is no doubt keen to field Suarez as part of a mouthwatering three pronged attack alongside Lionel Messi and Neymar, which will surely go some way to aiding the Catalan club’s push to reclaim the La Liga crown they lost to Atletico Madrid last season.

Suarez finished last term as the Premier League’s leading goal-scorer having netted 31 goals and is clearly a player Liverpool boss Brendan Rodgers would be loathed to lose.

However the Northern Irishman has already started to bring in some top notch additions this summer and will no doubt be handed the majority of the funds from the Suarez sale to help fill the void should the former Ajax man leave for pastures new.