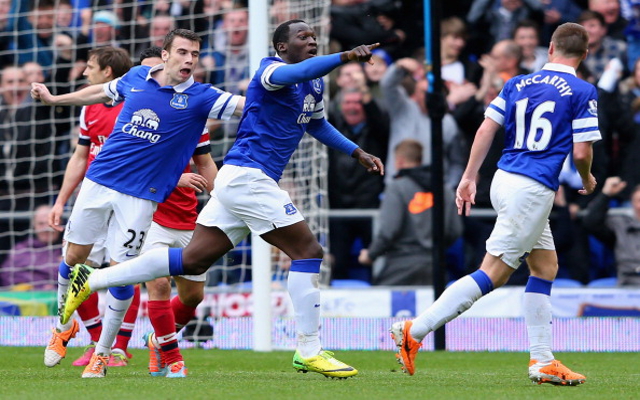 Chelsea youngster Romelu Lukaku admits he will have a think about changing clubs after a brief holiday following Belgium’s exit from the 2014 World Cup, according to the Guardian.

The 21-year-old has spent the last two seasons out on loan from Stamford Bridge, impressing first at West Bromwich Albion and then Everton, and he has been linked with another temporary move this summer as he still seems not to be part of Jose Mourinho’s first-team plans at the club.

With the Blues spending £32m on a new striker in Diego Costa, Lukaku faces even more competition for a place than before, and will feel he needs to be playing regularly at this stage of his career.

Lukaku scored one goal for his country in this summer’s tournament in Brazil, and feels he has benefited from the experience, saying he now wants to seal a move to a club where he can be given the chance to reach his best form, as well as challenge for major trophies.

“I want to go on holiday first and rest with my parents and then we will see,” he explained.

“I want to be somewhere where I can play my best football and hopefully win titles. It’s up to me to work hard but there are choices to make.

“I’m 21 but I think I’m experienced enough now. I’ve played a lot of games and scored a lot of goals and now I want to win titles and become one of the best.

“I have a few ideas but we’ll see. I have to have discussions first and have to think about it.”

Lukaku has only made fifteen appearances for Chelsea in his time with the club, scoring no goals, and is wanted by the likes of Atletico Madrid and Tottenham Hotspur this summer.