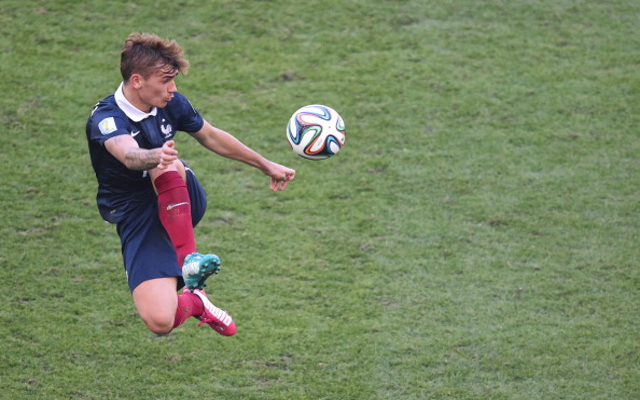 CaughtOffside understands that the Gunners are willing to meet the €30m (£23m) valuation placed on the 23 year old by his La Liga employers though there is every chance that other interested parties may look to land Griezmann with Real Sociedad hopeful a bidding war could ensue.

Griezmann had a standout campaign last term, with his 16 La Liga goals helping the Basque side to secure a Europa League berth, which in turn led to a call-up to Didier Deschamps’ 2014 World Cup finals squad.

Arsene Wenger has long been linked with a move for Griezmann and is hopeful of persuading the adaptable attacker to move to join his Emirates Stadium side.

The Arsenal boss is ready to sell German Lukas Podolski and there is growing speculation that pint-sized Spaniard Santi Cazorla is keen to return to La Liga, these potential exits coupled with continued injury concerns of Theo Walcott will lead Wenger to re-shape his attack.

Wenger feels both Griezmann and Sanchez, though primarily used in wide roles, can be used effectively in a striking role and as such can offer Olivier Giroud some much needed support in that position.

Griezmann moved to join Real Sociedad at the age of 14 and having spent nearly a decade at the Spanish side he may feel the time is right for a high-profile switch.

Clearly the presence of national team colleagues Giroud and Laurent Koscielny, with Mathieu Debuchy likely to join Arsenal from Newcastle United, would likely act as further motivation to join the Premier League outfit.