Liverpool closing in on Markovic and Origi 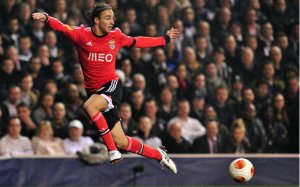 Liverpool are closing in on a double-swoop for Benfica winger Lazar Markovic and Lille striker Divock Origi, as they look to splash the cash from the imminent sale of Luis Suarez to Barcelona.

The Daily Mirror reported last night that both deals were close to being completed. Markovic, 20, scored seven goals in 49 appearances for Benfica last season, having joined the Portuguese giants from Partizan Belgrade the previous summer. The Serbian, known for his exceptional acceleration speed, was also a target for Chelsea and will cost in the region of £25 m.

Origi, 19, has recently returned from the World Cup – where he led the line for Belgium in place of the injured Christian Benteke and the out of favour Romelu Lukaku. He scored the only goal in his country’s 1-0 win over Russia, and netted six times for Lille last season.

Reds boss Brendan Rodgers has proposed a £9.8 m move, with Origi to return to the French side on loan next season.