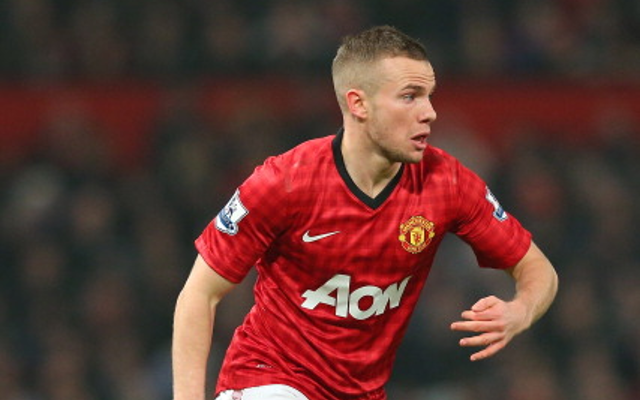 Tom Cleverley could join Gareth Barry at Everton as Roberto Martinez looks to strengthen his midfield.

Everton could look to bring midfielder Tom Cleverley to Goodison Park from Manchester United, alongside Gareth Barry, as the Daily Star report that Roberto Martinez is ready to significantly strengthen his midfield options.

The United midfielder could be surplus to requirements at Old Trafford as new manager Louis van Gaal arrives, with the signing of central player Ander Herrera already having pushed the product of the club’s academy further down the pecking order.

The former Wigan Athletic and Leicester City loanee also came in for some criticism last season over his mediocre performances for both club and country, which left to him being left out of Roy Hodgson’s England squad for their ill-fated World Cup campaign.

The report also suggests that Everton are moving ever closer to a deal to sign Gareth Barry on a permanent deal, the experienced midfielder who spent last season on loan with the Toffees from Premier League champions Manchester City.

One thing that may be holding the deal up, however, is the fact that a clause in the loan deal means that Everton will be forced to pay City a fee if they signed the former Aston Villa man on a permanent contract this summer.