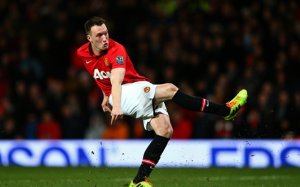 United are going to need some consistency, as well as change, and one of those likely to be afforded a chance to impress in Van Gaal’s new look team is Phil Jones.

The 22-year-old’s progress has stalled somewhat in recent years, not helped by his being used as a versatile utility player. The England international will battle it out with Chris Smalling for a place in the United defence.