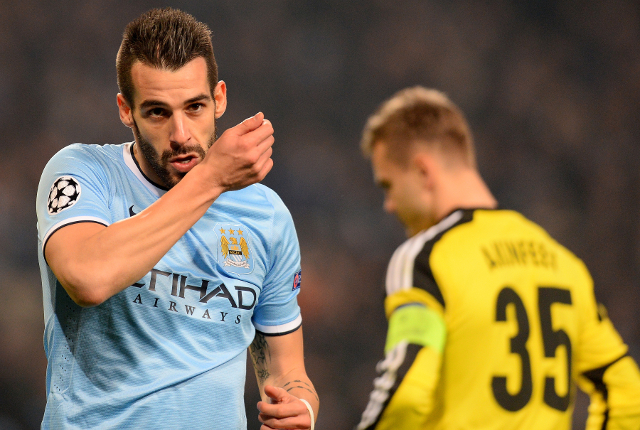 AC Milan are set to join the chase for the likes of Radamel Falcao and Alvaro Negredo as they ponder new options upfront for next season, according to Fichajes.net.

The Italian giants are looking likely to part company with controversial front-man Mario Balotelli in this transfer window, with the former Manchester City man being linked with a return to the Premier League with the likes of Arsenal and Liverpool.

New Milan manger Filippo Inzaghi is keen to shift Balotelli out due to his troublesome presence in the San Siro dressing room, and two big-name strikers are now on his shortlist of possible replacements.

Falcao, who has also been linked with Chelsea and Real Madrid in recent times, is one option after seemingly becoming unhappy with life at current club AS Monaco, whom he only joined in last summer’s transfer window.

Negredo could also be a realistic target, with some reports suggesting that City would accept offers in the region of £25m for the Spaniard, who has also been targeted by La Liga champions Atletico Madrid as they eye a replacement for Diego Costa.

Milan’s lack of Champions League football may be problematic in luring these big names to the club, but they are desperate to improve their squad after a poor season in 2013/14.