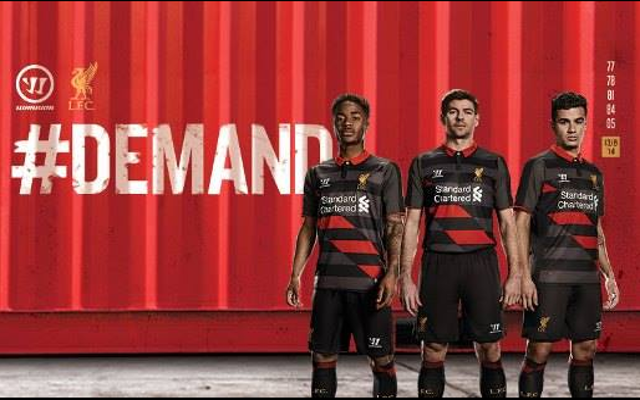 To say the reaction to Liverpool’s third strip for the 2014/15 season was mixed, would be very polite indeed!

Here’s how football fans reacted to the dubious striped top on Twitter today!

@IndyFootball @Independent on my.. what an ugly looking football jersey

Having looked at it again, I reckon that Liverpool kit is decent if it has the black on black hoops OR the sash. Both = disastrous.

The Liverpool away kit looks like some clothes for some stripper with bad taste pic.twitter.com/NTHOpTc3MB

Liverpool’s away kit is quite possibly the worst kit I’ve ever seen. Horrendous.

Liverpool’s kit. Be glad that we have Nike..

I’ve now seen all the Liverpool kits for next season. The third kit looks shite. The other two look good though. #LFC #LFCkit