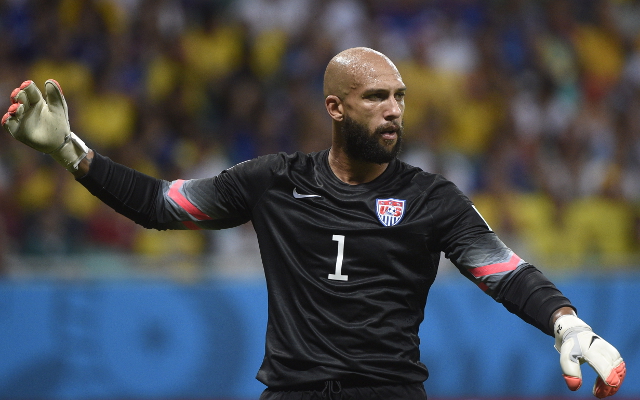 Tim Howard has earned his summer holiday before next season, after performing exceptionally for the USA at the World Cup this summer.

Unfortunately for the Everton man, his nation were knocked out by Belgium in the Last 16 – but Howard has been rightly praised his superb individual efforts.

In Los Angeles this weekend just gone, Howard celebrated his tournament in Brazil by leaving a club with a blonde and a brunette on either arm.

Good for you, Tim.