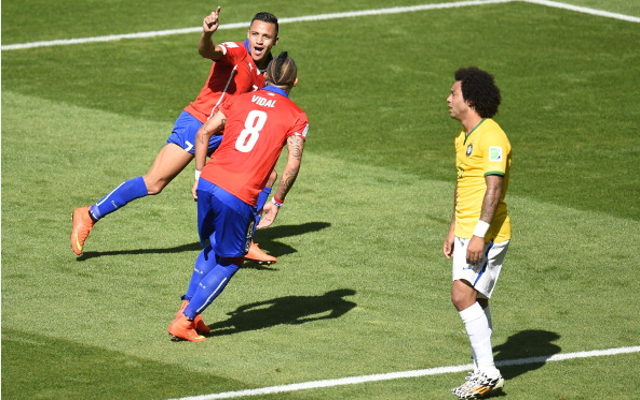 Barcelona forward Alexis Sanchez is seemingly close to completing his much discussed move to Arsenal with the Metro claiming the Chilean is flying into London today to sign for the Premier League side.

The 25 year old has rejected moves to Juventus and AC Milan and Arsene Wenger’s side have agreed a £32m deal with his Nou Camp employers and a move could well be set to be rubber-stamped in a matter of hours.

The former Udinese man was approached by the two Serie A sides but has elected to pursue a move to north London where he will receive a contract that will see his earnings jump from £75k a week to a reported £135k.

Barcelona will then use funds from the sale to form part of their £75m bid for Liverpool striker Luis Suarez, a move that is also imminent.

Sanchez may be the first of a number of signings Arsene Wenger looks to complete in the coming days with Newcastle United’s Mathieu Debuchy and Southampton midfielder Morgan Schneiderlin also said to be Gunners targets.

Having overly relied upon French international Olivier Giroud last season Wenger will be keen to bring in Sanchez to help shoulder the goal-scoring burden.

Sanchez has scored 47 goals and provided 27 assists in 140 appearances for the Catalan side since his move to Barcelona three years ago.