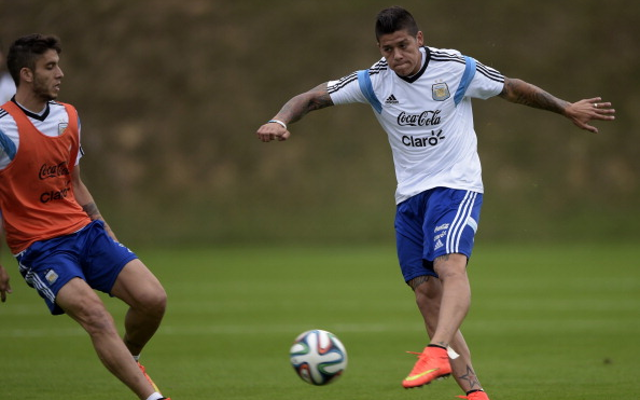 Chelsea’s pursuit of a replacement for exiting veteran Ashley Cole has led Jose Mourinho to Sporting Lisbon with the west London side taking a keen interest in Argentine Marcos Rojo according to Portuguese source Ojogo.

Having previously been linked with both Luke Shaw, who left Southampton for Man United, and Atletico Madrid’s Filipe Luis it seems that the Blues may have switched their attention to 24 year old Rojo.

The adaptable Argentine international can play at centre-back but it’s though Jose Mourinho’s interest stems from his desire to bring in a replacement for veteran Ashley Cole, with Spaniard Cesar Azpilicueta likely to move back to his more familiar right-back role after impressing as a makeshift left-back last term.

Mourinho has already secured the signings of Spanish international pair Cesc Fabregas and Diego Costa but one imagines further additions are likely this summer as the Blues boss looks to re-build after an average first season back as Chelsea manager.

Jose Mourinho has sensibly used the sales of players he’s deemed as surplus to requirements to help fund moves in the transfer market with the departures of Juan Mata, Kevin de Bruyne and David Luiz helping to cover the cost of additions made over the course of the past two transfer windows.