Old Trafford side willing to use England man to land Allianz Arena wide-man.

CaughtOffside understands that Dutch national team coach van Gaal is ready to sacrifice the England man as he sets about re-shaping his Old Trafford attack and Allianz Arena boss Pep Guardiola is said to be interested in a player exchange deal.

Robben is in the best form of his career and having won a host of honours during his five seasons with the German giants the former Chelsea and Real Madrid man may be ready for a fresh challenge under van Gaal.

Van Gaal is ready to name Robin Van Persie as Man United’s new club captain, a move that is said to have angered Rooney, and wants to bring in Robben at help boost his ailing wide attacking options.

Wayne Rooney had been strongly linked with a Man United exit last summer following the appointment of David Moyes but the 28 year old remained at the club and was arguably the club’s most consistent performer, finishing the season as the club’s leading goal-scorer and assist maker. 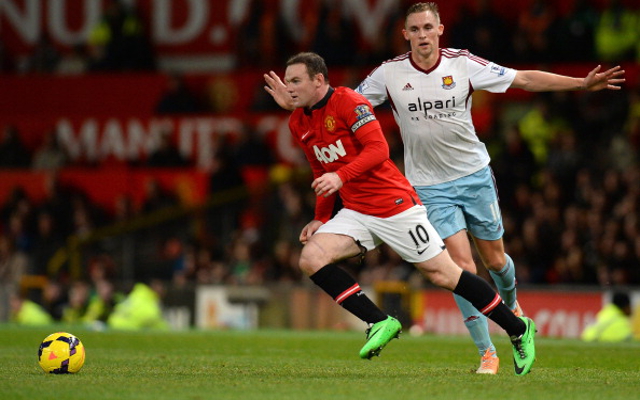 The long serving striker also penned a new contract but may well be considering his options following the arrival of another new manager.

Van Gaal will look to line-up his Man United XI with a three pronged front-line with Robin Van Persie at the spearheading the strike-force and with wide attackers in support with the likes of youngster Adnan Januzaj and Robben earmarked as potential options with Spaniard Juan Mata likely to sit in a withdrawn role.

Louis van Gaal rates Mata highly and is therefore ready to offload Rooney and is keen to use the former Everton man as bait in his pursuit of Robben.

Van Gaal signed Robben during his tenure at Bayern Munich and is confident of luring the Dutchman back to the English top tier.

Robben has proven a soaring success since his move to the Bavarian giants, netting a phenomenal 89 goals in 166 appearances for Bayern Munich.

Guardiola had been open to big money offers for Robben as he sets about freshening up his first team set-up and may be open to a straight swap deal instead.

If van Gaal does lose Rooney he will elect to keep hold of both Javier Hernandez and Danny Welbeck as back-up options.