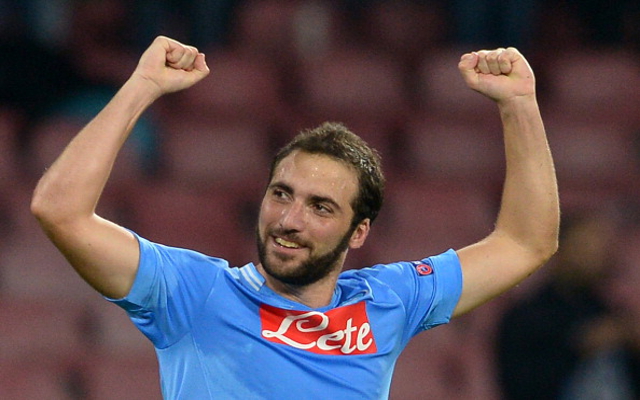 Higuain, who joined Italian side Napoli from Real Madrid last summer, could replace Barcelona-bound Luis Suarez in the Liverpool front-line, and form a mouth-watering partnership with Daniel Sturridge.

The Reds have money to spend thanks to the incoming £70 m that will be brought in from the sale of their Uruguayan star, and will be keen to introduce another star name for the Anfield crowd to call their own.

The 26-year-old, who scored 17 league goals last season, netted the only strike in his country’s 1-0 World Cup quarter-final win over Belgium last week.

The Merseysiders were 16/1 to be Higuain’s next club at the start of the week, but on Tuesday afternoon were 11/2 favourites following “a flurry of bets”.

Liverpool have already signed Adam Lallana, Rickie Lambert and Emre Can this summer, and are thought to be close to completing a deal for Benfica winger Lazar Markovic.

However, a new striker will be a priority if Suarez does complete his long discussed move to Spain. And Higuain, who has scored 146 goals during his time in Europe, has seemingly emerged as Brendan Rodgers number one priority.