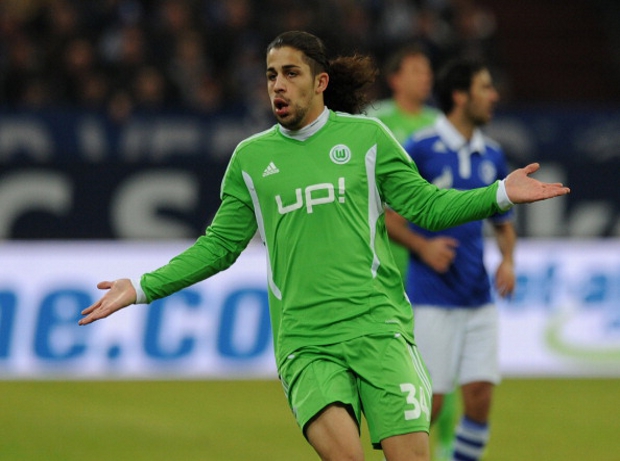 The local press in German links Wolfsburg full back Ricardo Rodriguez with a move to Manchester United.

The local press in Germany is reporting that Manchester United are interested in signing Vfl Wolfsburg and Switzerland international left back Ricardo Rodriguez, according to a tweet by former footballer and current journalist Jan Aage Fjortoft.

Local paper,„Wolfsburger Allgemeine“, is reporting that Man UTD have made a bid for 21 year old Swiss left-back, Ricardo Rodriguez #mufc

If the reports are correct and United have made a bid for the 21 year-old left back, then it would be a surprising move from United considering the amount of money that they recently splashed on bringing young English left back Luke Shaw to the club from Southampton.

Both players are versatile enough to be considered as capable of playing higher up the pitch, however, whilst it is vital that Louis van Gaal fills his squad with both quality competition and players who can cover a number of positions if he is to bring his 5-3-2 system that he has being using with the Netherlands at the World Cup to Old Trafford.

Rodriguez is considered as one of Europe’s finest emerging full backs, having enjoyed two fine seasons with Wolfsburg since he was signed from Swiss Super League club FC Zurich.

Known for his runs forward and ability to deliver quality into the box, Rodriguez impressed in short bursts with his displays for Ottmar Hitzfeld’s Switzerland team at the 2014 FIFA World Cup as they crashed out in the second round against Argentina.

Rodriguez would cost a significant fee to prise away from his ambitious club. however, so it would perhaps be a surprise to see United swoop so soon after they paid a world record fee for a teenager to land Shaw.